Bikfaya (Arabic: بكفيا‎, also spelled Bickfaya, Beckfayya, or Bekfaya) is a town in the Matn District region of Mount Lebanon. Its stone houses with red-tiled roofs resting amidst pine and oak forests make Bikfaya one of the most sought-after suburbs of Beirut and one of Lebanon's most popular summer resorts. 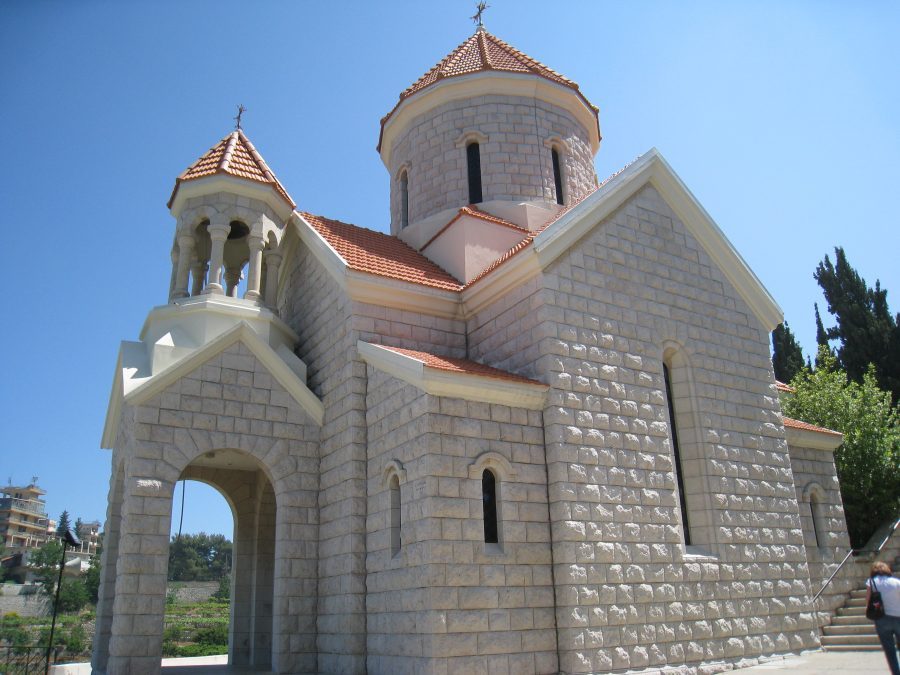 La Fête des Fleurs à Beckfayya or the Festival of Flowers has attracted tourists since 1934 when Maurice Gemayel started the festival to attract attention to the mountainous town. Each year, a variety of vehicles decorated with thousands of colorful flowers and fruits parade through Bikfaya's tree-lined main street. Live music bands, bazaars, and the election of three beauty queens: the Queen of Flowers, the Queen of Fruits and the Queen of Sports, are held in the public squares and gardens

Bikfaya is nestled in the mountains overlooking the Mediterranean with an elevation ranging from 900 to 1000 meters above sea level.It lies 25 km from Beirut and only a short drive to the Mzaar-Kfardebian ski resort and Zaarour Club.Summers in Bikfaya are cool and characterized by periods of fog in the afternoon.The Greater Bikfaya consists of the towns of Bikfaya بكفيا, Mhaydseh المحيدثة, Sakiyat al Mesek ساقية المسك, Bhersaf بحرصاف, Aïn el Kharroubé عين الخرّوبة and Al Aayroun العيرون. 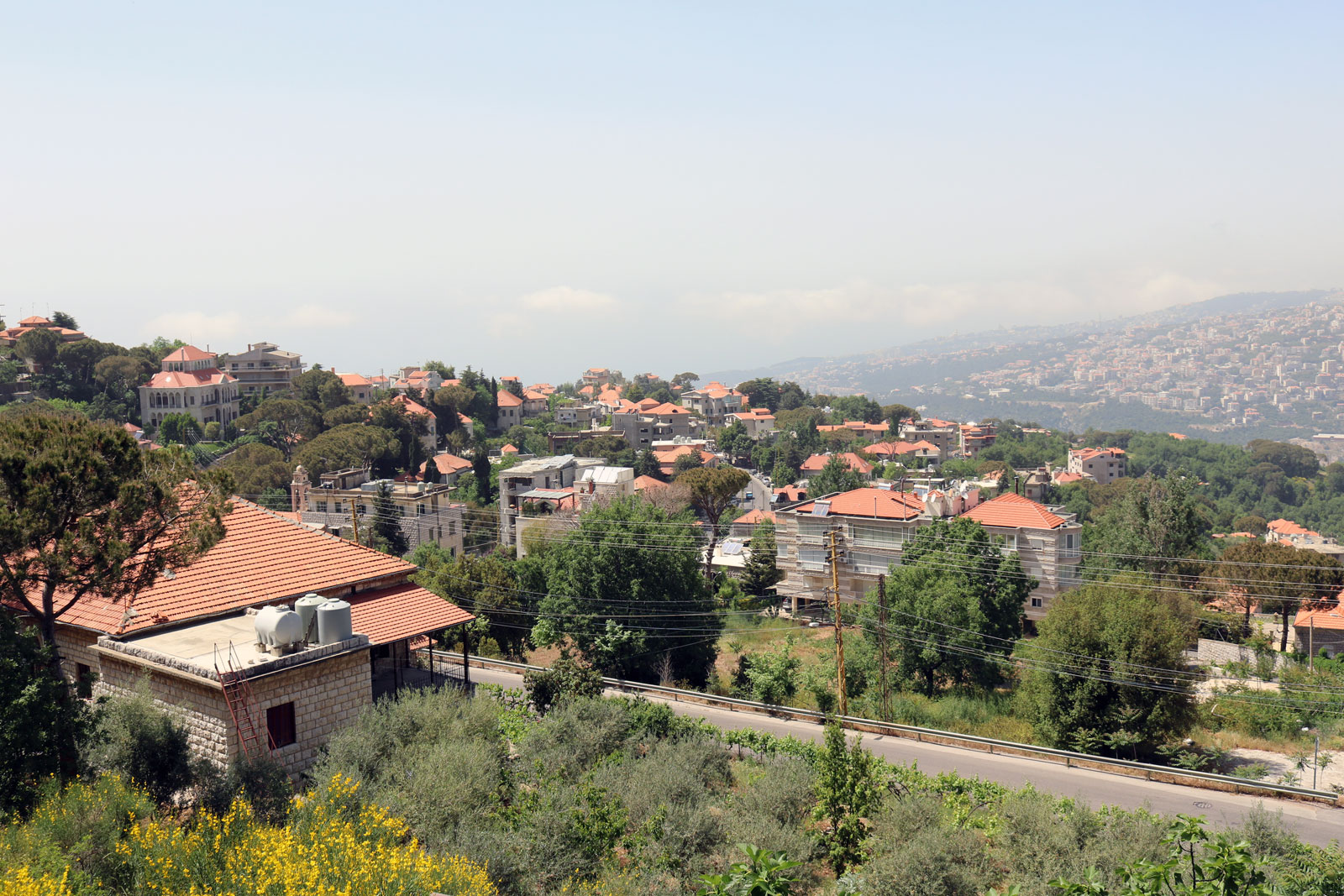 Bikfaya is home to 20,000 Lebanese who are followers of the Maronite Catholic, Greek Orthodox, Greek Catholic, Armenian Orthodox, Baptist and other Christian churches. Bikfaya is also the summer seat of the Armenian Catholicos of Cilicia

The name Bikfaya is contraction of the Aramaic (Syriac) compound phrase "Beit Kiifa", בית קיפיא, with "Kifayya" being the relative adjective of the word "rock" or "stone" in Aramaic. And so, Bikfaya would mean the "house of stone" or "the rocky/stony house" with the semantic connotation of "the place, location of stones, or stone quarry.

The name of the town comes from Phoenician origin (Beit Kfeya) the stone house – that is consecrated to worship the God “Kifa". Church historian, the German historian Roehinger, proved that the Christian peoples—later known as al-Marada—have dwelled in this area and built BasKinta, Bikfaya, and Bhersaf starting around the year 679; a short time before building Ehden in north Lebanon. Historians mention as well that Bikfaya and Bhersaf were the headquarters of the Maronite Emirs and Bishops starting from the 7th Century A.D. and the most distinguished of these was Emir Semaan who resided in Bhersaf in the 11th century.

The residents of the old Kesrwan (which included at the time the Metn area and its surroundings) supported the Crusaders who stayed in this country from 1098 till 1291. When the Crusaders withdrew from these lands, the Arabs led their first Mamluk campaign in revenge under the leadership of prince Pedra in 1292. However, these harsh mountains proved resistant to Mamluk soldiers who led a second campaign in 1293 which ended in the death of their leader and the slaughter of most of their soldiers. The Marada victories filled the Mamluk with hatred. They gathered an army of fifty thousand warriors who attacked Kesrwan in 1305. They destroyed villages, burned temples, cut trees and wiped out all traces of construction and also killed everyone they could lay hands on. Only a few of the residents of these areas survived and wandered in the mountains of North Lebanon. As such, Bikfaya and its surroundings remained uninhabited until the 16th century.

Bikfaya during the era of the Assafiyeen Emirs Feudalism in the Mamluk era was granted by the sultan in return for military services provided by individuals to the state. The Mamluk granted the Turkuman (known as Assafiyeen) control over the north (Lubnan Fi al-Tarikh- Dr Philip Hitty- Dar al –Thakafa- Beirut, 1959) with the mission to safeguard the shoreline against intrusion by occidentals and early natives. The Assafiyeen inhabited areas they called after their notables and then moved to Ghazir.

During the era of prince Mansour al-Assafy, with security spreading in the Kesrwan area, some members of the Bikfaya families—who had survived in 1305—started to return to their hometown in 1540 (Sheikh Edmond Bleybel). It seems that prince Mansour decided to befriend the Christians after destroying the Shiites in his area who had plotted to kill him. The Gemayels came from Jaj in 1545 and met him. He honored them and granted them control over Bikfaya and its northern suburbs and sent them immediately to it. It is told that the Gemayels came to Bikfaya carrying the picture of Mar abda. With them came to Mhaidseh the Maalouf family and the two families became even closer when a member of the Maalouf family (today known as Klink) married the sister of father Antoun Gemayel and was blessed with two children, one of whom became a priest.

In 1587 father Antoun sought to build a church in Bikfaya, so he donated one thousand Kobrosy to this cause. However, this sum was not enough and the number of inhabitants of Bikfaya was little, so father Antoun resorted to his brother-in-law and nephew for help and unified the efforts of the two towns and implemented his project next to an old oak tree. The tree is estimated to be around 1000 years old and its trunk still remains visible until our present day. Antoun set in the south-eastern side of the church an altar in the name of Mar Abda for the Maronites and another in the north–eastern side in the name of Our Lady for the Greek Orthodox (Bleybel). Dweihy says in his book: the history of the Maronites page 181 :…and in the year 1587 (996H) father Antoun of Gemayel family built the church of Mar Abda in the village of Bikfaya and had it illustrated by Elias al-Hasrouny. He spent on it 1000 Kobrosy in addition to donations by the residents of Bikfaya and other philanthropists… then Patriarch Sarkis followed in the steps of his predecessors and raised father Antoun to Archbishop as a reward for his efforts.

Historians believe that Bikfaya was the consecrated shrine of the Phoenician Baal.[5] It was also the capital of the Christian Cancimat of Lebanon (1840–1860). 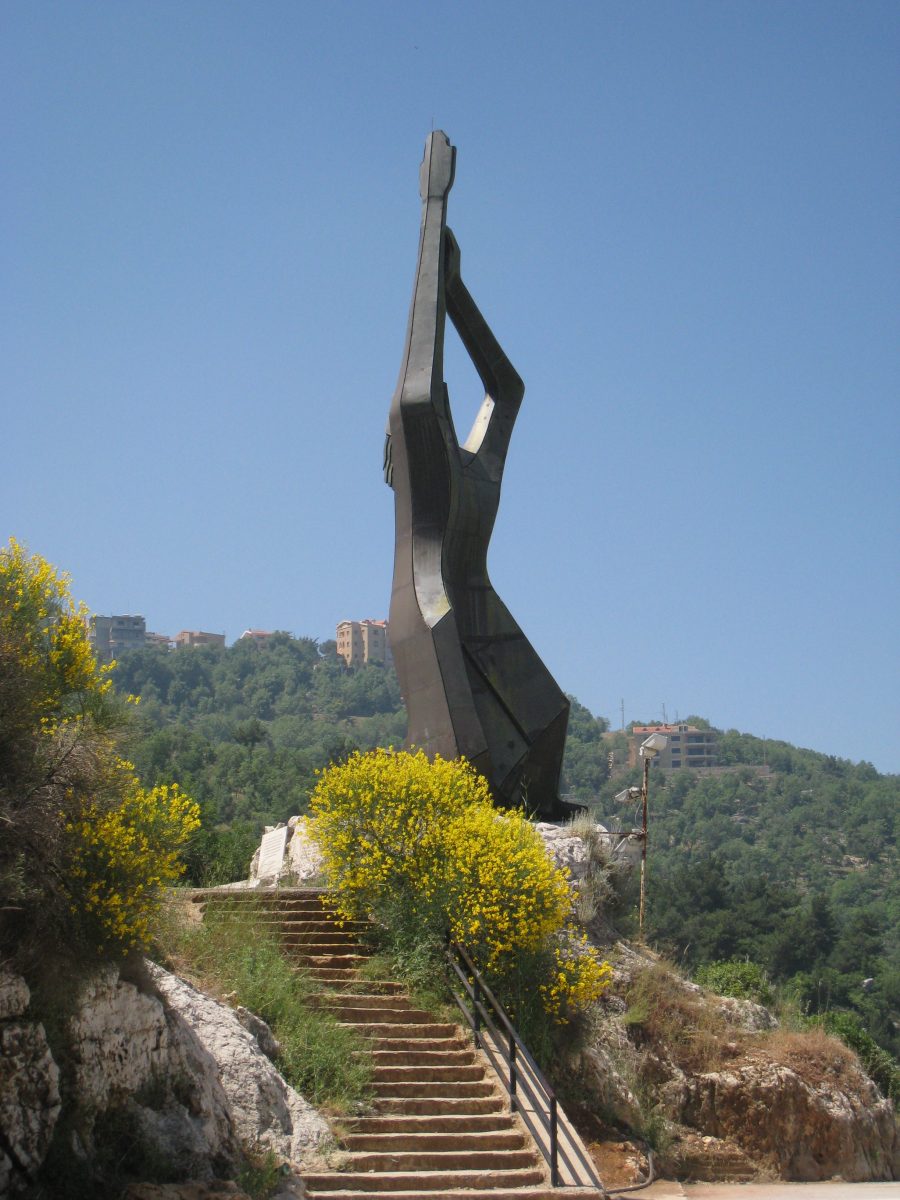 Many restaurants, especially ones specializing in Lebanese Cuisine, can be found in Bikfaya. It also offers tourists rest and leisure in its numerous hotels, amusement centers, and public gardens, such as the Grand Hotel Naas and such as Locanda Corsini guest villa. The Naas is a natural spring and one of Bikfaya's most popular destinations. The Naas has been known for its curative powers attracting hundreds of health-seeking tourists each year.

Mar Abda Church, built in 1587 .Jesuit Convent, built in 1833 .Saint Elias Chwayya Monastery, a Maronite and Greek Orthodox complex with a church, built in 1590. Armenian seminary and summer retreat of the Catholicos of Cilicia . Our Lady of Deliverance .Mar Mkheyel (Saint Michael) Church